ATLANTA – Today the Kemp for Governor campaign announced that conservative small businessman Governor Brian Kemp has received the endorsement of the Georgia Fraternal Order of Police in his bid for re-election.

“The Fraternal Order of Police applauds Brian Kemp in his efforts to make Georgia a safer place by funding initiatives that fight criminal street gangs and protect our most vulnerable communities,” said Georgia Fraternal Order of Police President Jeff Wiggs. “Governor Kemp has demonstrated throughout his tenure as Governor that he supports the men and women of law enforcement in their daily efforts to make Georgia a safe place to live and do business. Governor Kemp also recognizes the dangers faced by our members and the sacrifices they make on a daily basis.”

“Throughout my first term in office, my family and I have been proud to stand shoulder to shoulder with the heroic men and women in Georgia’s law enforcement community who put their lives on the line to keep us safe,” said Governor Kemp. “Working together, we have championed policies to crack down on crime and ensured police departments across our state have the resources they need to serve and protect. I am proud to have the endorsement of the Fraternal Order of Police, and if I am honored to serve a second term, I will continue working tirelessly with leaders in law enforcement to Back the Blue and build a safer, stronger Georgia.” 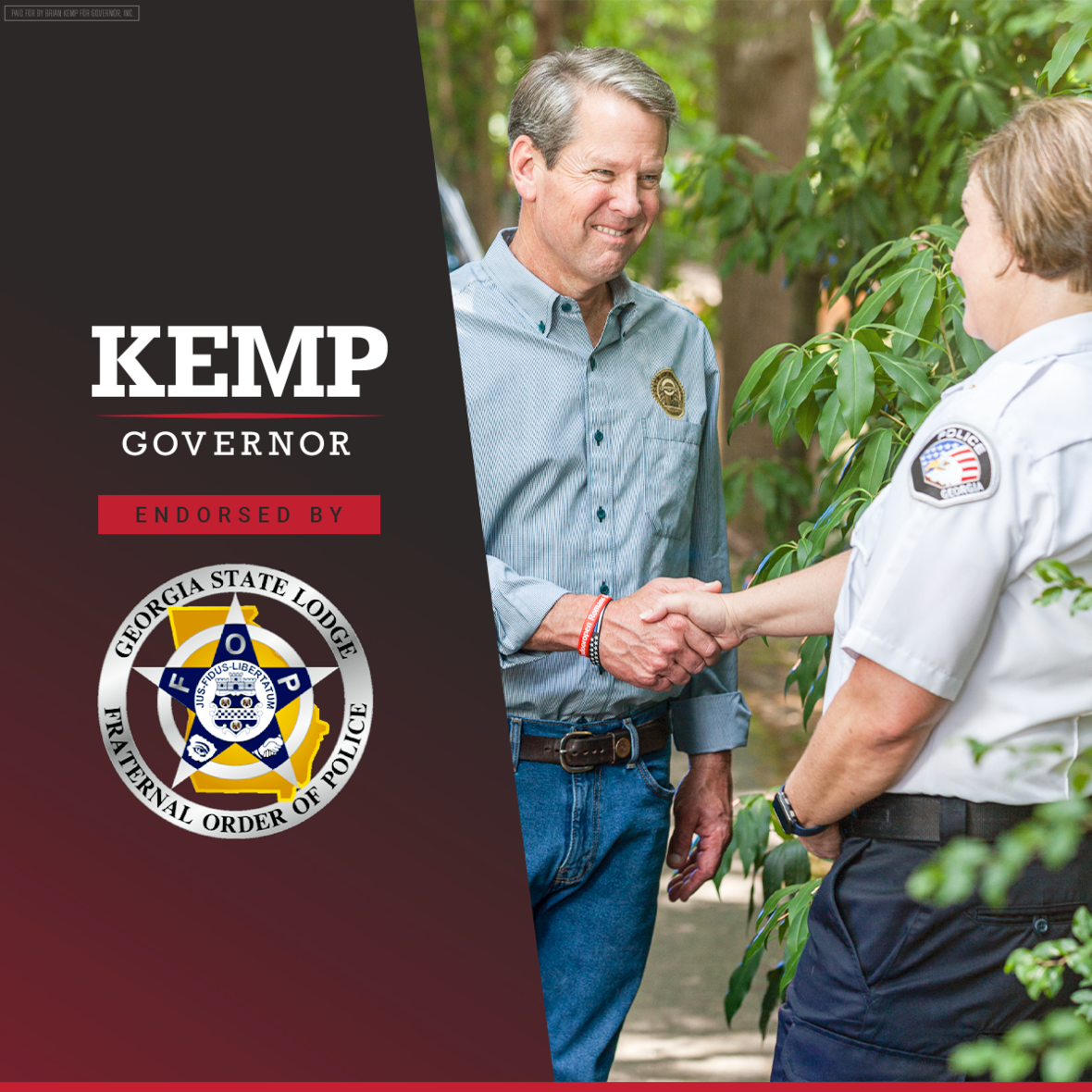